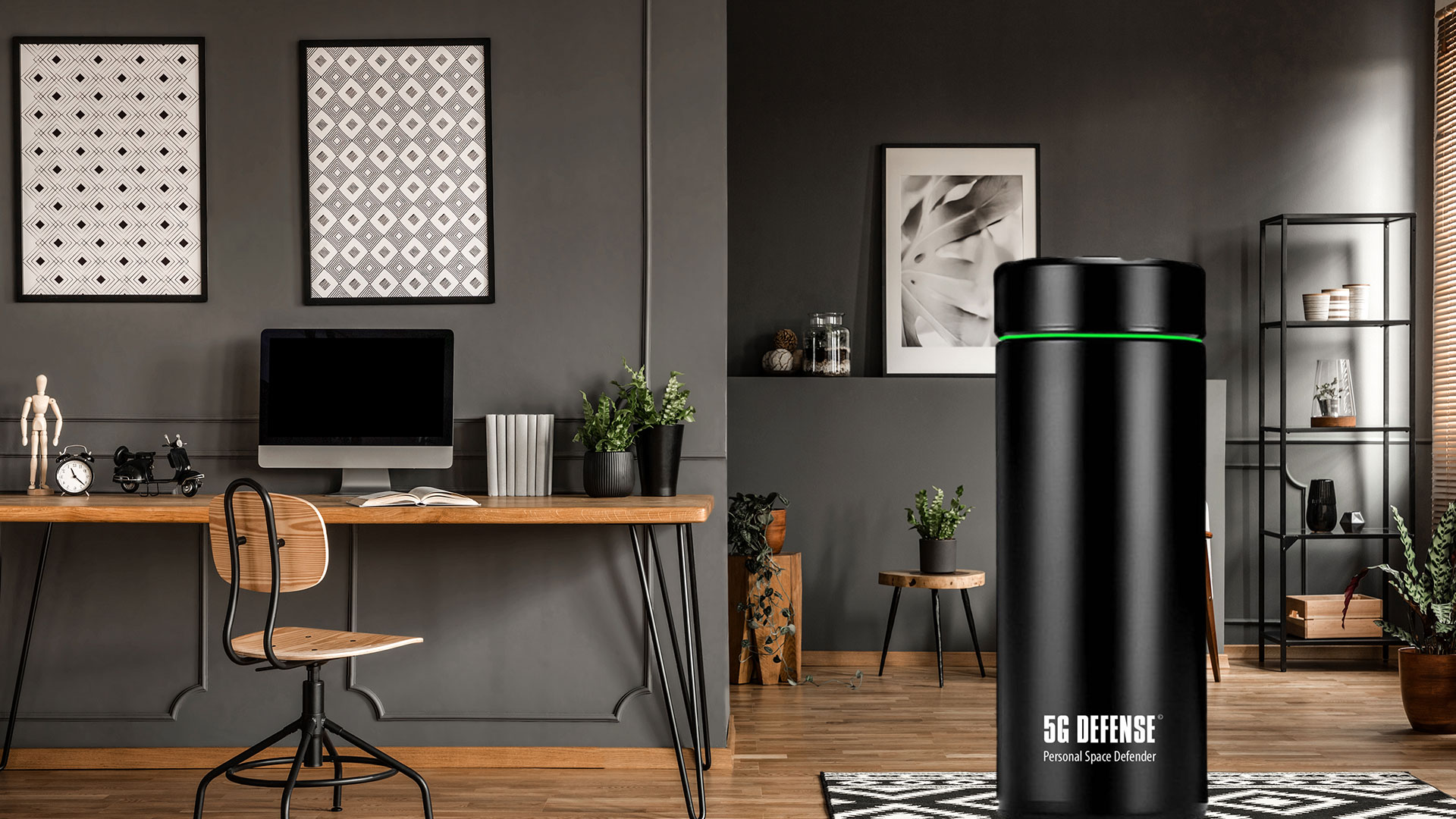 Designed to effectively narrow the non-ionizing radiation bands that emit from 4G and now 5G Towers. (WI-FI) routers as well as Bluetooth and similar wireless systems in your home and office give off electromagnetic radiation in the low-gigahertz frequency.

The other option of the Personal Space Defender is made to support the body’s energy patterns by emitting 8Hz, (inaudible) into your personal space to influence the flow of frequency through meridian points, and other body energy circuits. Neutralizing negative biological effects to create a more coherent energy field, resulting in less tension, and encourage better sleep patterns.

The 5G Defender Personal Space Defender is recommended for people who have health concerns about 5G emissions, and for those who are electrical hypersensitive from extreme low frequencies.

Some additional intense symptoms, like seizures, problems with different body systems, and cancer can make EMF hypersensitivity very hard to deal with. Not only are these people not getting proper treatment but are entirely overlooked. Non-ionizing EMR exposure has been linked to reports of a wide variety of serious medical conditions and, thus has the potential to be a major public health concern.

Critically, increasing numbers of individuals report experiencing physical and psychological symptoms resulting from exposure to EMR – a trend that has been apparent for the last 20 years and mirrors the growth of mobile digital technology.

EMR is identified as a cause, following symptom development for individuals who otherwise cannot identify a valid reason for these presenting symptoms, and who are concerned over EMR exposure.

The 5G Defense Personal Space Defender can be used in your Home, (bedroom), Office, RV vehicles, Hotel Rooms, Boats, Planes, and especially for people who are Electrical Hypersensitive from Extreme Low Frequencies. Even perceived impacts of EMR on quality of life and illness could generate enormous financial costs to public health systems and employers, especially given the projected growth in sources of EMR/EMF.

When the 5G Defense is on, an indicator light turns on showing its operating.

Emits 8Hz, (inaudible) in your personal space – supports behavioral issues such as: